What's The Wife Going to Say???

Been there-done it. I was a married cross dresser through two marriages. I can only say for me it was "cruel and unusual" punishment and especially to my second wife who passed on nearly eight years ago. Perhaps she was right. I would drive her to an early grave.

From what I read from most of you and others around the web, I was different in that I told both of them I was a transvestite or cross dresser before we were married.

Of course I'm always on the look for ideas on the subject-especially from the generics who were or are married to cross dressers such as Maria (see blog link) to the right and this latest link from Tasi Zuriak who recently announced Sister House newest writer, Terri Lee Ryan, ex-wife of a crossdresser, and her expose on the 10 Reasons Cross-Dressers’ Wives Divorce Them | Family Room .

You Cyrsti's Condo regulars probably tire of me repeating of my second wife totally supported my cross dressing while at the same time was just as adamant about not accepting me as a transgender woman .Her reason was sound, a cross dresser was a man in a dress a trans woman was that-a woman. 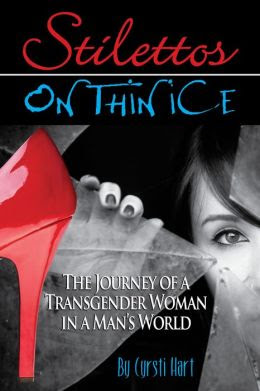 Yes, at one time I even attempted to set up a generic "acceptance scale" in my Stilettos On Thin Ice Book. Basically, there are number one spouses like my partner Liz, who has never seen any male in me after four plus years. Then on the other end there are the number ten spouses who wouldn't wait to put a divorce lawyers number on a speed dial at the same time she heads out to her "snake worshiping" bible thumper. Obviously, the numbers in between represent snowflakes. None are the same.

If I have enough time, I am going to go back to the Sister House site and pose the question about how many cross dressers told their spouses up front. Then, assuming they didn't how many tried to hide the fact until they were caught or actually waited to "come out." How much does "honesty" really matter?

I'm thinking there are too many still in the closet to come up with a representative number. After all, I know there are so few cross dressers who can actually come out at work or on the evening news. Not a good way for "the wife" to find out.