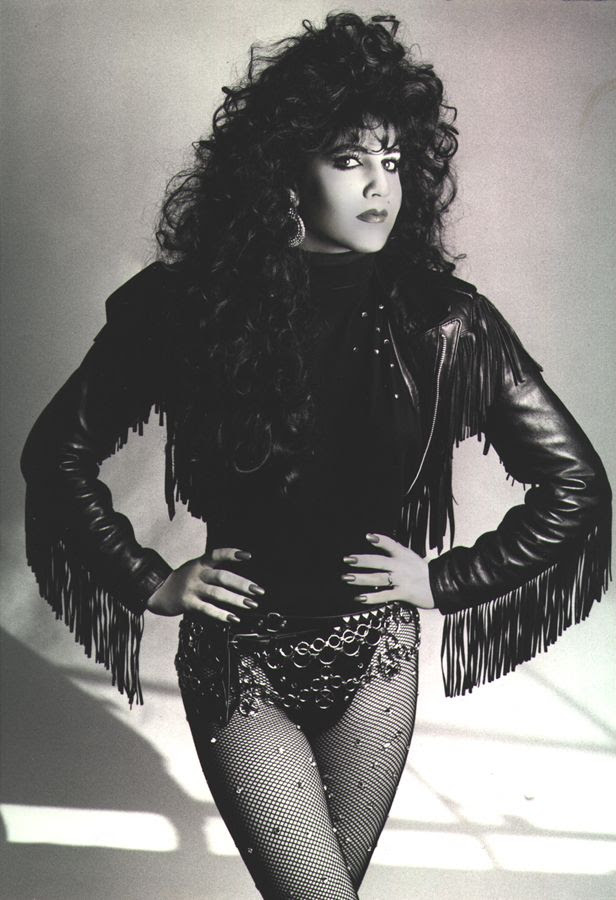 Recently, I presented a "Flashback" post and photo on female impersonator Grae Phillips (left) who, according to Cyrsti's Condo visitor:Lynn Davis  who commented: "Grae just sort of vanished."

Indeed Lynn and here is what I think happened.


From the very beginning, Grae was a drag queen who could sing and perform as a woman, rather than a parody. Good enough to parlay her act into a singer for a real group or band.


By then, Grae was in a prime spot back then to cash in on the "real life Tootsie" idea as well as the "explosion" of talk shows eager to "expose" any cross dressing issues.


Today, all I can find is a series of sales pitches and old videos of Grae as a woman and a man.


I have also considered Grae was sort of a womanless beauty pageant winner who hit the mainstream and disappeared just as quickly when the beauty and fame began to fade.


If anyone else has any other facts or ideas, please let us know!