Keeping A Breast of the Situation

Today, I'm following up on a post we did yesterday here in Cyrsti's Condo which discussed breast size obsessions in cross dressers and transgender women. To be fair, genetic women are right there too, with the amount of "boob jobs" being done these days.  My brother's daughter in law got one a year or so ago.

Yesterday, as I was updating my insurance on the car I just bought, the 40 something woman behind the counter was a picture perfect ideal of how a woman her age could look.  She was wearing a low cut top of some sort which showed enough cleavage to make her whole outfit seem "interesting" but far from sleazy. Perhaps she was showing off her new breasts? 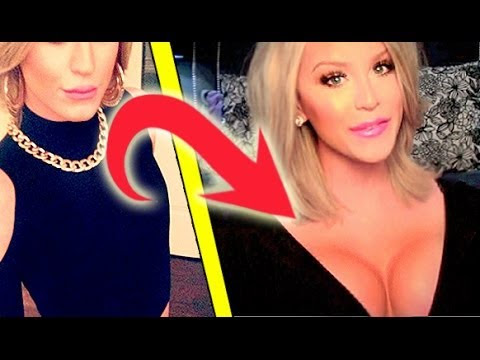 From Google + yesterday I received this comment from Michelle Hart (no relation-I don't think) :

"It's amazing just how fixated some CD's get with having breasts that are way too big for their body structure. I know that some do it to try and make others believe that they are ultra feminine while others do it for the shock value. Most trans women will be told by their doctors to have breasts that will actuate their bodies but it is up to the individual as to what size they will want to be."

Thanks Michelle!  Here is my simple formula I came up with when I was sleeping through geometry:  "Guys like big Boobs.  If I become my "own girl" I want to have big boobs too.  Then more guys will look at me too." (You see now why I flunked geometry!)

I have used the beautiful Gigi Gorgeous above who is publicizing her new breasts along with the pronounce- ment ﻿she wanted them bigger, but the doctor couldn't do it.

Finally, where I think many cross dressers, transgender or genetic women miss the breast boat is...there is a breast size which fits your body size properly.   For example, on a torso such as mine, to naturally "fill out" fashions I would need to grow from my current "C" to a "D" cup.  As HRT was working it's magic, I still had to add to my cup size as I went along.  Now I'm to the point of having a "little help".  Plus, let's not forget the plethora of push up bra's on the market.  "Back in the day" I too resorted to the painful taping you see on many cross dressing pictures.  My problem was (on top of the discomfort) was the more time I spent out in the world, the more the tape began to "slip" and I was back to zero again.

What the world sees as "feminine" certainly is defined by breasts to a large extent.  The woman yesterday was defining hers to an extent but her hair was done, she was dressed office casual too.  Most cross dressers I see make an effort of missing the overall point of where they are trying to get to.  Unless of course, their goal is a big boob shot on line.
at September 16, 2014