Lately, I have found that 3 in the morning has been a wonderful time to wake up-if I want to or not.  Last night (or this morning) at 3 am I found myself watching The Crying Game from 1992. If you are not familiar, one of the central plot characters in the movie was a young transgender woman named Dil. She was played by a very androgynous male actor by the name of Jaye Davidson.

As I revisited the movie and even though it has been years since I have seen it, I was surprised about how little I remembered about parts of it. Normally, I have a tendency to remember everything concerning my old days of cross dressing and any public references to it.  The movie Tootsie is an example. 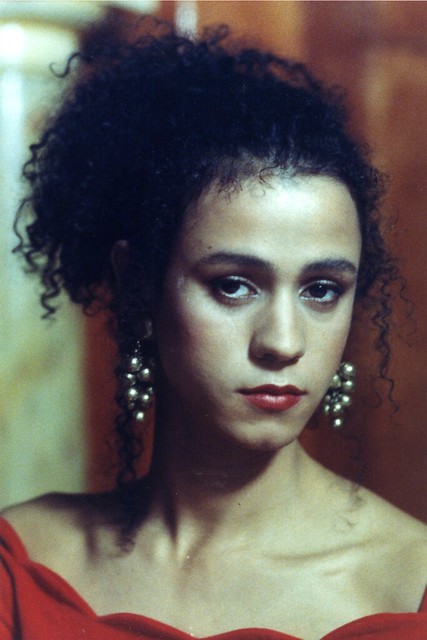 I think the reason now is that I don't remember parts of the "Crying Game" is a reflection on how I have changed.  In 1992 I was totally wrapped up in how convincing Davidson looked as a trans woman.  His legs, hair, outfits etc.  But last night, I watched it from an emotional viewpoint.

The difference was , since the movie, I have lived many of the problems Dil was experiencing as she attempted to build her life as a woman. I knew the hidden hurt and how strong she appeared on the outside were all just acts.

The scene in particular got to me the worst though, was one I did remember. What happened was, when the man who eventually became her love interest in the movie found out she was trans (after he had kissed her several times) - threw up. I cried for her because something similar happened to me years ago. Even though she was resigned to it and wasn't crying for herself.

That is as much of the Crying Game plot I'm giving away for those of you who haven't seen it.  If you haven't, I always liked it because the sub plot of a young transgender woman lover wasn't the plot, but rather intertwined with all the others.

Just make sure you have some pop corn handy and maybe a tissue or two!