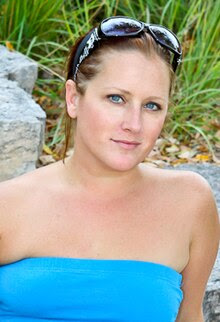 Now according to the Courthouse News Service in Texas:

A transgender woman whose firefighter husband died in the line of duty may have a case for benefits, a Texas appeals court ruled Nikki Paige Araguz, (left) 38, who was born Justin Graham Purdue, sought judicial review in April 2012 of a finding that she is not the proper legal beneficiary of Thomas Araguz III, a Wharton County volunteer firefighter. Araquz was killed while fighting a fire in July 2010 at an egg plant.

Soon after his death, Arguz's mother, Simona Longoria, sued for a declaration that his marriage was void because it was a same-sex marriage, which is illegal in Texas. Araguz's ex-wife, Heather Delgado, later intervened in the case on behalf of her two children, agreeing the marriage was void. A Wharton County judge later voided the marriage on summary judgment but a three-judge panel with the 13th District Court of Appeals reversed Thursday. Ultimately there is "a genuine issue of material fact regarding Nikki's sex and whether the marriage was a same sex marriage," Chief Justice Rogelio Valdez wrote for the court.

Of course the contention is that Nikki's SRS still doesn't legally change her gender to female and as I remember, speculation was this case could go all the way to the U.S. Supreme Court. Which would be huge. Let's hope she wins!