"Nikki Sinclaire" , Britain’s first transsexual parliamentarian, has revealed how she became a lesbian after a brutal rape on a London street.

Sounds like just another headline sensationalized to attract readers and it is, except for one key phrase.  The headline comes from The Herald Sun News:

"Sinclaire, a Member of the European Parliament (MEP), was born a boy but had gender reassignment surgery in 1995 at the age of 23. Until then she lived as a gay man and even after the operation she continued to date men. But in 1999 she was attacked walking home in central London. “My arm was gripped and my leg kicked. I gasped, overbalanced and landed painfully with a suffocating weight on top of me. 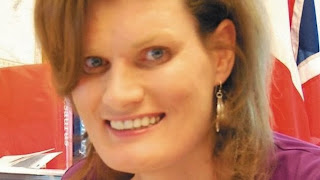 “It was the most horrendous experience of my life. I had grown up in London but I felt so vulnerable.” Following her sex change she found herself being attracted to women. But why would she go to the trouble of surgery if in the end she was going to date women? She told the paper: “That’s mixing gender with sexuality. I’ll admit that at the time I didn’t know if I could cope with being gay again - I wanted to live an ordinary life.”

Sinclaire said she had her first lesbian experience after meeting a woman at a bar in Liverpool. “We were playing pool and got speaking. One thing led to another, which is unusual in the lesbian community. It was a wow moment, the best sex I’d had in my life.” In the aftermath of the rape she became “very anti-men” and after one more sexual encounter with a man which she said didn’t feel right, she began dating women full-time."

The true worth of the story is how she mentions to the world that gender and sexuality are different and shouldn't be mixed.  It's one of the main misconceptions the world has of the transgender world and beyond- into our own culture. I've seen statements from transsexual women doubting the sincerity of any transgender woman who may still be attracted to genetic women. Really?

Of all the people in the world, trans women and men should be able to understand completely the difference in gender and sexuality brought up in Nikki Sinclaire's story.