There is no way I could simply call Veronique Renard our Cyrsti's Condo Cover Girl of the day.  She is so much more!

Read on! (From Wikipedia)

"Véronique Françoise Caroline Renard (born 26 May 1965 in Jutphaas, the Netherlands) is a Dutch author and visual artist. She is also known as Pantau, a name that was adopted after meeting the Dalai Lama at an audience at his home in McLeodganj, Dharamsala, India in 2000.


In 1982, at the age of 17, Renard transitioned to being a trans woman with the support of her family, friends and people in her hometown. Renard's mother renamed her Véronique. In 1983, Renard was granted permission by a court in Utrecht to change her legal name, she added her second name Françoise (after her best friend), and third name Caroline (after Caroline Cossey, a British model who appeared in the 1981 James Bond-film For Your Eyes Only with Roger Moore). 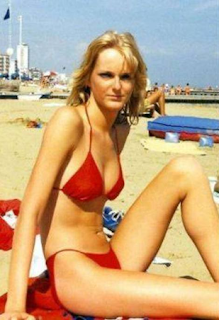 Initially unaware of the phenomenon of transsexualism and gender reassignment surgery (GRS), Renard conveyed in her 2007 memoir that the international media attention around Cossey in 1982 regarding her transition helped Renard to self-diagnose her own gender dysphoria. The day after reading about Cossey in a Dutch tabloid, Renard consulted her doctor and shortly after, the Amsterdam Gender Team. Renard was diagnosed with Klinefelter's syndrome, having 47 chromosones (XXY). Females have an XX chromosomal makeup, and males an XY. Renard started hormone replacement therapy soon after. She completed her physical transition 18 months later in 1984." 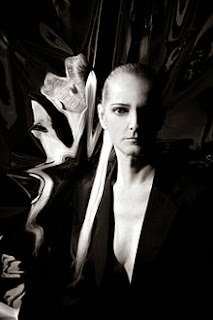 As a side note, for some reason the picture of Veronique in the bikini took me back to yet another Cleveland, Ohio Tri-Ess meeting I attended so many years ago.  One of the main "gossips" of the evening centered around a member who wasn't there who was reported to be so accomplished that she could wear a bikini to the beach with no problems. She was also "rumored" to have been on the verge of "going all the way" and transitioning into a full time woman. But the story went on she had found the love of her life, an understanding genetic woman and now she had put her decision on hold. Plus there was another very accomplished and attractive "participant" at the meetings who for all intents and purposes put the rest of us to shame in the looks department. The last time I saw her at a meeting, she too was telling everyone she had met a genetic woman and was "hanging up the dresses."

I have always wondered what happened to the two of them. Were they actually able to "pull back" from the transition brink and lead lives as guys?  More than likely I will never know but I have theories.  I believe whatever gender switch is thrown in our noggins can never be turned completely off.  Of course how far the switch is thrown, say from cross dresser to transsexual sex change does vary. But in one way or another the "urge" is always there.
Email Post
Labels: cross dresser cyrsti's condo gender dysphoria gender reassignment surgery genetic woman trans woman transitioning male to female transsexual Tri Ess Veronique Renard