Today I have several loose ends to take care of here in Cyrsti's Condo.

First of all, Mandy (who is a fellow train buff) asked about the picture I posted of Liz and I on the Royal Gorge train in Colorado. It by far was my favorite of the trips we took. The road bed was better and the rail coach was more comfortable. Also, more importantly, the view of the river which ran next to us was gorgeous. 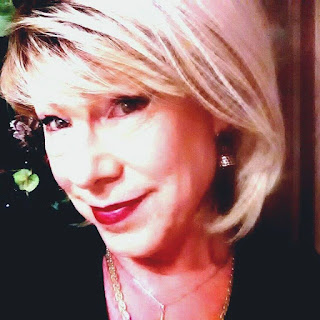 Finally, we also rode the Georgetown Loop narrow gauge railway. It was fine but still my third favorite to me. So there you go Mandy, my humble opinion on the rails we road.

As you can see in the picture, it was definitely windy on several of the trips, so bring a brush for your hair (or wig).

Speaking of pictures, Connie sent in a festive new holiday picture to share!

As we left this post we already had determined birth and death were absolutes in life. Anything else can supposedly be changed or at least altered.  Which brings us back to the holiday season.
It's the easiest time of the year to feel alienated from former family, friends and the world as a whole. I'm the first to admit I am so fortunate to have found a whole new group of cherished friends to enjoy and usher in a new year.

More than a couple of people have asked my "secret". The only secret is that I don't have one. My keys were honesty, networking and persistence. None of this happened quickly for me. On a time scale I went  four years or so going to gay venues as a "basic training" of sort- before I knew my transition had to begin  in earnest. At that point I started to explore my femininity in straight venues. Sure it was hard but then again the stakes were high. But we all know none of this transgender journey was going to be easy. It wasn't.

As I branched out, obviously some places were more receptive to me than others. Naturally I began to frequent the ones who were nicer to me. It turns out a potential negative wasn't. I was hard to miss and I was remembered. Sure I was a trans woman but I was honest about it and it was up to me to make my experience a positive one with others.  So within a couple of visits  I went from "hey isn't that a?" to hello Cyrsti (a real person).
What happened next was a direct result of all this effort and a lot of good beer.
One of the bartenders introduced me to her Mom (we have been friends now for nearly four years) and one night a woman down the bar slipped a note down to me saying Hi and we have been friends for three years.(both lesbians I met in a straight sports bar.) Now keep in mind this was over a period of three years or so. You can not approach any of this process just a few times and run and hide in your closet which leads me to a controversial approach to networking yourself- the Internet.

At one point in time I went nuts on quite few dating sites. No transgender rip off ones but all kinds of others. All of them were consistent in only having two profile categories Male & Female. I was very experimental and spent a little money to subscribe to a couple sites.  On some I said I was a female then was quick to point out in my profile I was a transgender woman.  Others vice versa. I even switched which gender I was looking for. The whole effort turned out to be a total learning experience with a huge pot of gold at the end of the rainbow.

Of course I've heard the success stories of Internet dating these days and I know the percentages of people who have successful pairings on the web is on the rise. But then again there are bunches and bunches of worthless crazies out there. I encountered quite a few! However I met a person who is a dear friend and a couple others that I'm in contact with on a fairly regular basis I care about. The bottom line is that if you aren't really ready to sort through a lot of people and you fold your tent and run after a couple failures then the net search is not for you.

So that's my secret. None of it is quite difficult to understand but is very difficult to put in motion and of course it is my path. Who knows,  if you are facing a dark holiday period this post may help in some small way.

I'm living proof the unthinkable can happen and believe me I'm not that special. I hope it happens for you!
at December 10, 2012 No comments: