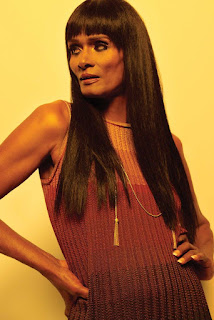 “I’ve always said that the person that walks through the door first leaves the door cracked,” said Tracey Norman, the first African-American trans model to achieve prominence in the fashion industry.

After a six-year tenure during the 1970s as the face of a new hair dye for Clairol, Norman changed her last name to Africa. She went on to model for major fashion magazines and beauty brands such as Avon and Ultra Sheen. In 1980, she was outed during a photoshoot, causing her career to hit a standstill. She has since made a resurgence in the drag ball industry and rejoined Clairol in 2016.