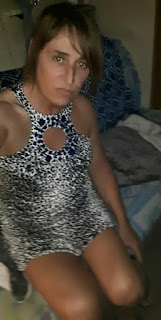 An acquaintance of mine on Facebook (Joni) recently wrote a post concerning an encounter she had with a cis female friend who all of the sudden  "slipped" up and called her by the correct pronouns which I assume was different because how Joni (left) responded to it.

She (Joni) responded the whole process just seemed to take a while with her friend to actually transition with her.

I believe there are multiple transitions involved with something as complex as a human gender change. Personally, I think I can recall of at least one major transition when I went from being what I referred to as a cross dresser to a fully out in the world transgender woman.

Unfortunately, we lose sight of how hard it is for others around us to make the transition also. Once again, n my case, I will use my brother as an example. He told me he would always know me and refer to me as my old self. Shortly after that I ended up moving away and we never pursued my gender change any further. On occasion, I do feel guilty I didn't give him the chance to try to transition with me.

So, as we proceed down this very complex and long journey, we find there is no easy answer to the amount of transitions we go through. Some transgender women go down the surgical path to what they consider "the final solution"  then again, some don't.

Along the way, somehow we have to consider those making the transition with us. Some never make the journey for what ever reason but some do. Making room for those that do is the essence of being an understanding transgender woman. It's exceedingly hard to do on such an often lonely path we didn't choose to accept but somehow find away to exist with. The whole process has a tendency to make us seem selfish.

As you can see from the picture, Joni has transitioned well. To my knowledge she hasn't had any surgery but has been on HRT for several years. Congratulations on others around her accepting her for  true self!