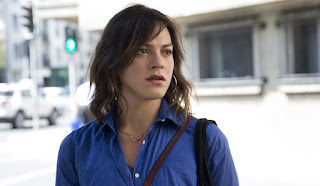 "Daniela Vega received critical acclaim for her performance in A Fantastic Woman as young trans woman Marina, a singer and waitress in Santiago whose older boyfriend dies unexpectedly. With its win for Best Foreign Language Film, A Fantastic Woman made history as the first Academy Award-winning film to feature a transgender storyline with an openly transgender actor in the lead role. In 2018, Vega also became the first transgender person to present at the prestigious ceremony. In an interview with The Guardian, Vega said of the relationship between the transgender community and the Republican Party (trust us when we say, it’s a finger-wagging moment): “It actually gives me a physical pleasure to annoy conservatives. I don’t have to be violent, I don’t have to insult anyone – my mere existence shakes those people up.”