The Peaks and Valleys

Being Bi-Polar myself, I have become used to the ups and downs of my mood reactions to life. Quite possibly, before I was diagnosed with my own version of being "Bi" I did my share of hiding behind a dress to take my mind off the daily stresses of life. 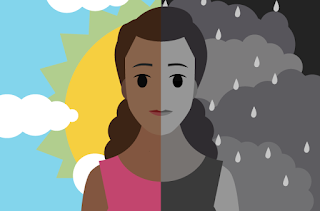 Of course, I could argue the simplest stresses came from trying my best to live up to male standards as I lived my life.

The older I got and after I was honorably discharged from the Army, the worse my mental issues became. On occasion it was a struggle to just to get out of bed on certain days. Along the way, I finally resorted to therapy. The first guy I went to was a total waste of time as he didn't seem to want to discuss my fondness for cross dressing at all. I solved the problem by going to one of the very few therapists in Ohio at the time who had any knowledge at all of cross dressers as this was way before the transgender idea was even discussed.

Ironically, it was her who diagnosed me being bi-polar and was able to separate it from my gender dysphoria. She was blunt (and truthful) when she said my desire to be a girl would never go away. For the first time in my life I felt a glimmer of hope.

Even still, it was difficult for me to separate my two main issues and continue to live a reasonably successful life as a cross dresser. Meaning I was a woman cross dressing as a man. Years later when I needed to take advantage of the Veterans Administration health care, I was paranoid if I would find a therapist who would understand my complex problem. Fortunately I did and amazingly nearly ten years later she still is my VA therapist.

She was the "gold standard" for me as she signed off on helping me begin my hormone replacement therapy all the way to providing me documentation to facilitate changing my legal gender markers in the civilian world plus within the VA itself.  I consider her as one of my top three people who assisted in my early Mtf gender transition.

These days, while I still have the occasional valleys in my life to climb out of, my medications keep my moods relatively stable and I am able to understand when  gender dysphoria  enters my life. More so than my Bi-Polar condition.

Most importantly, I have done away with my self harm issues. It took a while to separate all of this out but thanks to a ton of help I have learned to live the peaks and valleys.