A reminder for a former president outside his Mar--a-Lago  home: 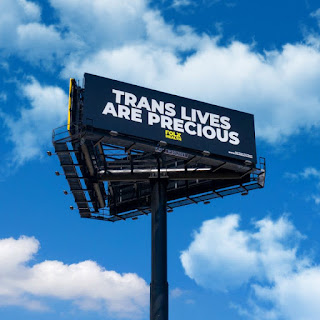 And, on the bright side, reversing Trump, the Pentagon has issued new policies for transgender troops. Policies which largely banned transgender people from serving in the military were reversed and new rules were given which will broaden trans troops access to medical care and gender transition.

I will be interested to see what if any actions the Veteran's Administration will take now. Currently, the VA mostly covers only hormone replacement therapy and some essentials such as wigs and prosthetic breasts. To my knowledge, still no serious surgery.