Seemingly, like a bunch of screaming spoiled children, the state of Ohio has given up and will not fight the court case which allows transgender women and men to change their birth certificates. 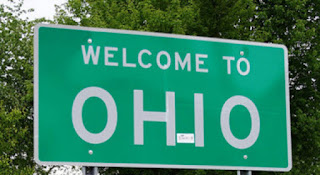 This comes from Cincinnati.Com :

"The Ohio Department of Health will not appeal a December court decision requiring the agency to accept requests from transgender people to reflect a gender different from the one assigned at birth, according to a Thursday court filing. The department is working on a process for people to request the change and expects to have it in place by June 1."

Not surprisingly plaintiffs in the case said they ran into legal and professional problems because the gender on their birth certificate didn’t match their driver's license and other government documents. One was physically threatened after her mismatched birth certificate outed her as transgender at work.

Ohio and Tennessee were the last two states to deny transgender citizens the right to change their birth certificates to reflect their authentic gender.