So Close yet So Far

Every morning when I wake up, after I figure out which part of my old body hurts me the worst, I begin to think about what I will write about here in Cyrsti's Condo, 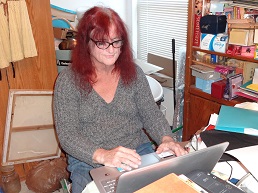 After more than six thousand posts over the years, often it's not the easiest process.

This morning, the idea didn't come until I was talking to Liz about our past experience with Ohio University (not Ohio State) OU is a medium sized school in Southern Ohio which happens to have a well respected communication school.

It was of interest to me because at the time, I had over five years experience in the radio business as an announcer (DJ), was just out of the Army and had a couple years of GI Bill money I could use on education. Since I already possessed a bachelors degree, the natural move would have been to work on my Masters in Communication.

To make a long story short, I didn't do it. I used all my usual excuses such as having a new daughter and not really wanting to uproot my little party world by moving to another. Looking back on it now, the real reason I was afraid of moving myself ahead was rooted in my gender dysphoria. When times became real tough mentally, I could always fall back on wearing a dress and makeup. I just bought into the fake reality that women somehow had an easier life.

The more accomplished I became with my feminine appearance, I became so close to actually finding out what women went through but remained so far away. Worse yet, I used the process to become very self destructive in my life. Too much angst led to too much alcohol as I tried to self medicate my bi polar tendencies away. All mixed in with a very strong gender dysphoria.

The end result is I am surprised I happened along several women who loved me over the years and I was able to survive and actually thrive on occasion.

Until I was actually able to fully complete my Mtf gender transition though, I finally was able to put my so close yet so far reality in the rear view mirror.

Living my authentic life still seems like a dream after all these years.