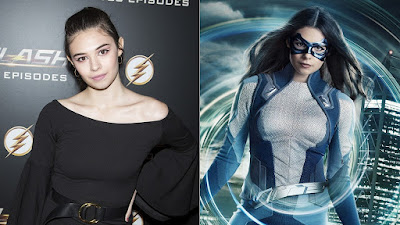 "Nicole Amber Maines (born October 7, 1997) is an American actress and transgender rights activist. She was the anonymous plaintiff, Susan Doe, in the Maine Supreme Judicial Court case Doe v. Regional School Unit 26 regarding gender identity and bathroom use in schools"

As an aside, Nicole and her identical twin brother Jonas were adopted at birth  and grew up in Portland, Maine.