I know many of you follow Stana's Femulate Blog as I do. If you do, I am sure you saw the series of responses from readers to Stana's question concerning the time or times they have "passed" as a cis woman even though they were transgender or a cross dresser. I read the experiences with great interest but decided not to add my own oft repeated occasion when I went to a transvestite mixer and was nearly turned away for being a "real" woman.

Ironically then I read a lengthy and in-depth insight into passing written by Phaylen Fairchild on "Medium". 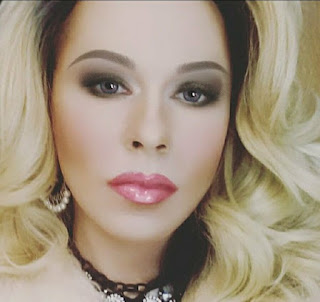 "Let’s call “Passing” what it really is: The desire to meet the standard of an external social gaze. The privilege of blending in with the rest of society as a “norm” rather than stand out as an “other.” I am not sure why no one has told these incredible people why standing out is far more powerful than falling into formation to satisfy the often unreasonable definitions of femininity and masculinity as if they have firm definitions… they don’t. I know many women with masculine traits, wide shoulders for example, arms with ample hair, some stand over six feet tall or are mistaken for a man on the telephone because their voice is not received as explicitly female. There are men with small waists, even proud busts that make small-breasted women jealous. Some have soft features or mannerisms that have been classified as traditionally feminine. That fact is, while masculinity and femininity are identifiable characteristics, they are not and never have been exclusive to men or women, transgender or not."

She goes on to say:

" The demand we place on ourselves to satisfy the external gaze becomes nearly excessive, thus, self destructive. What does the perfect woman look like? How does she sound? The ideal man?"

You can follow this link to read more but in the meantime, I think Phaylen's next post should be based on "passing privileges'" which she seems to have from her picture above.

I know in the all so brief fleeting moments when I have completely passed, I could only describe the time as wonderfully liberating. To the point in which I immediately wondered if it happened at all.