Talackova entered the history books in 2012 when, after securing entry to Miss Universe Canada, she was outed by someone who recognized her from a 2010 Thai beauty pageant for transgender women. The Miss Universe pageant disqualified Talackova, who contacted famed feminist lawyer Gloria Allred, who took on the case and challenged the pageant. The organization reversed its stance under the pressure, and Talackova made it into the top 12 contestants before losing out, though she was one of the pageant’s Miss Congeniality winners that year. A picture below: 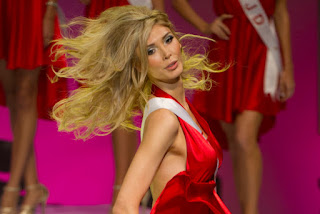