Josie Totah plays Lexi: a sharp-tongued cheerleader, the epitome of a Gen Z Valley Girl, and the fashionista queen bee of Bayside High, who is also transgender. In the show, Lexi’s gender identity is not her biggest plot point and is instead treated as a matter of fact, something that excited Josie when showrunner Tracy Wigfield approached her for the role. “Getting to play a role that’s dynamic and interesting and more than what people think about on the outside is such a gift as an actor,” Josie says. “[Lexi is] this mean, fun, aspirational, fantastical character that also happens to be transgender — but it [isn’t] everything about her. That was really important to me and the people that I talked to in the trans community because so much of the trans representation in [media] has to do with struggle ... and that's only when it's done in favor of trans people, [most] of the time [the media] perpetuates the negative stigmas and stereotypes that create the erasure of trans people in our world.” 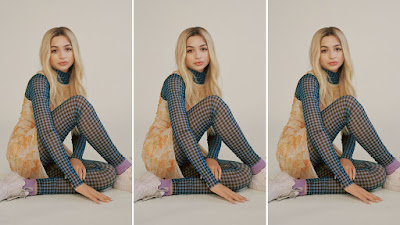