A Transgender First in Belgium 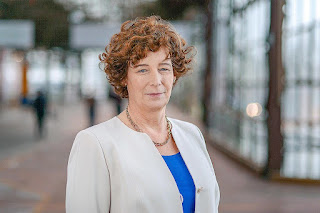 De Sutter is a gynecologist and fertility expert at the University of Ghent, and was elected to the European Parliament last year where she was chair of the Committee on the Internal Market and Consumer Protection.

She’s known for her activism around sexual and reproductive health and on trans issues.