Until today, I have heard my Mtf gender transition described many ways. Now I have another.

You may remember it was taken at Liz and I's ninth anniversary dinner.

Ironically, I had only met this person once last summer. At the time she seemed to be a LGBTQ ally and we had several good conversations.

Shortly after that, she moved away and the only way I ever saw her was on Facebook. Interestingly, after she saw the picture this morning, she remarked I had a gone through a "hardcore" feminine transformation since she had seen me a year ago. Even during my days in the Army, I never earned the hardcore distinction from anyone. It was in the military when I first had heard the term.

I thanked her profusely but didn't give credit where it was due, I believe the increased dosage of Estradiol I have been on for the past year have finally produced the desired results I was looking for. 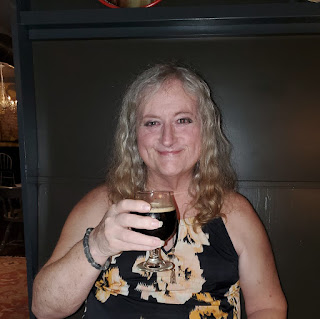