I remember :back in the day" going to Pride carried with it a sense of frustration. Normally the first thing you saw was a group of garish drag queens waving from the back of a decorated truck or convertible. It was all well and good for them but had very little to do with me as a transgender woman. The "T" in LGBT Pride was definitely silent. I didn't let any of that stop me though. I figured at the least I could represent a portion of the transgender community who were just trying to lead an authentic life while at the same time having fun.

As time went on, more and more trans women and trans men began to attend Pride (at least here locally) and one year recently, a trans woman was selected to lead the Cincinnati Pride Parade. In a few other major locations, such as Los Angeles now the celebration has gone full circle as transgender woman Sharon-Franklin Brown (below) has been named president of the sizable operation.

We have come along way...with such a long way yet to go. 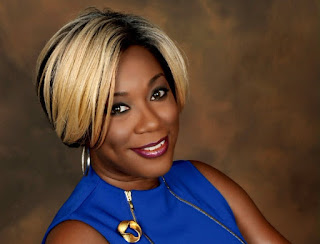