Yet another transgender step forward is coming to television screens near you!

The most popular girl at Bayside High will be portrayed by a transgender teen.
Josie Totah has been cast as Lexi, a lead role of the Saved by the Bell reboot. The series will live on Peacock, NBCUniversal's streaming platform that will debut in April. 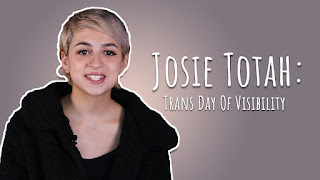 The Hollywood Reporter, which broke the news, describes Lexi as "a beautiful, sharp-tongued cheerleader and the most popular girl at Bayside High who is both admired and feared by her fellow students."
Go team go!
at January 09, 2020