Different people celebrate going through the act of a sex realignment surgery in different ways.

One of more dramatic celebrations recently came from  Blantyre’s Amira Nadeem who celebrated her first year as a woman by appearing naked on national television.

The 21-year-old starred in Channel 4’s dating show Naked Attraction tonight, where hopeful singletons choose a date from six people, based solely on the power of naked attraction.
Amira decided to show off the body she had longed for and said: “One night I was sitting watching TV eating chips and cheese, and it just came to me. I decided to go for it. 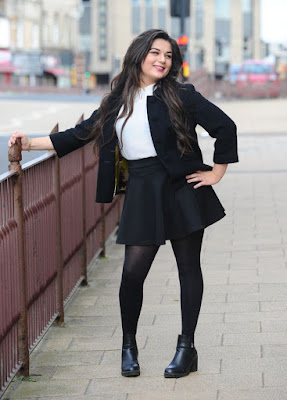 “After going through my sex-change operation, I felt proud and wanted to show myself to the world.
“I wanted to encourage more people like me who have been through what I’ve been through to come out and be themselves.”
Definitely, a dramatic way to do it!
at September 19, 2019