Yesterday, I went in for my pulmonary breathing test.

I arrived early, checked in at the kiosk and pulled out my phone to pass the time. Nobody gave me a second look.

As I sat there though, my regular Doctor appeared briefly and saw me. Since I wasn't supposed to see her, I was surprised when she came over to talk. She is very nice and I enjoyed talking to her quite a bit until...she stuck the dreaded "he word" into the conversation. For the life of me, I don't know why all of the sudden I am having such a miserable time being mis-gendered.

I have examined how I go about my prep work before I go out and don't think there is much of a difference. But why would someone call a person obviously wearing feminine clothes with breasts and wearing makeup a he? 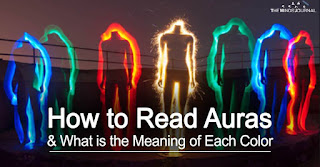 I have always believed in the power of how a person projects their personal aura. Perhaps, with time, I have become more lackadaisical in public. I just assume most of the public accepts me as a feminine being.

Maybe I should spend more time channeling my inner female.

Then again, the great majority of people don't understand what it does to a transgender person to be mis-gendered. I know it can really destroy or make my day when I have achieved the lofty "she" status in a conversation.

One thing is for sure, the redneck woman glaring and staring at me on the way out didn't care about pronouns. She was just all ugliness.

Then again, you can't educate everyone.