Perhaps you have heard (or have seen) Boston has named a transgender model Ava Glasscott as a co-parade Marshall for this year's Pride Parade. Here is more background on Ava: 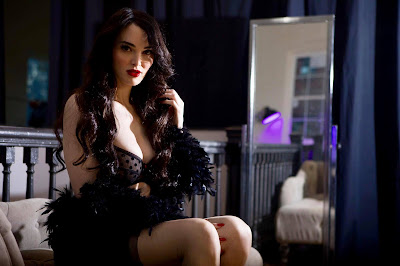 "Ava represented the State of Massachusetts in the Miss Trans USA Pageant 2018. She is the first post-op transgender contestant from New England to represent her Community in a National Pageant. The story of Ava’s journey as a trans model has been featured by NBC Boston and the WCVB-TV show “Chronicle.”  Ava made a cameo in Amy Schumer’s 2018 movie “I Feel Pretty,” which was filmed in Boston. She also appeared in the documentary film “All Stars: The Changing Face of Drag (2016)”, which she promoted at RuPaul’s DragCon in Los Angeles."