"You’ve probably heard the name Hunter Schafer before, and if you haven’t you should definitely learn it. She’s only 20 years old and already a star on the rise in the worlds of modeling, acting, and maybe most important especially in this day in age, LGBTQ rights. 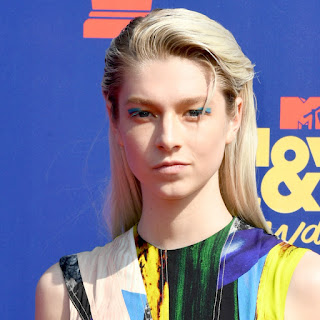 Schafer is a trans woman who stars as Jules in HBO’s brand new series Euphoria where she’s also playing a trans teenager who’s just transferred to a new school. Much like everyone else on Euphoria, Jules gets into some rather difficult to watch scenes that are sure to have audiences talking — but maybe for the right reasons. Even in 2019, it’s rare to see trans characters on screen, and even rarer for them to actually be played by transgender actors (GLAAD's survey of 2017 and 2018 media found only 17 trans characters in all of television — a measly five percent)."
For more, follow the link above.
Email Post
Labels: cyrsti hart Glaad Hunter Schafer LGBTQ rights Rachel Paige trans trans teenager transgender transgender lifestyle