From the "Hollywood Reporter" :

"The CW's Supergirl is making some important TV history. 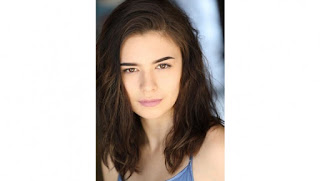 Maines will join the fourth season of the Warner Bros. TV-produced drama as Nia Nal (aka Dreamer), a character described as a soulful young transgender woman with a fierce drive to protect others. Nia's journey in season four means fulfilling her destiny as the superhero Dreamer, which is similar to Kara's (Melissa Benoist) journey to become Supergirl."

"The role arrives as transgender stories are becoming increasingly common on the small screen. FX's dance musical Pose, already renewed for a second season, set a TV record earlier this year for the largest cast of transgender characters portrayed by transgender series regulars"