Yesterday was my Veteran's Administration trans support group meeting. This time, there were no new attendees. So, everything went according to plan, which is rather boring.

What I did find out, and contributed to, was a future date when the entire hospital would be subjected to a LGBT sensitivity day.  When asked what I would add, I simply said two things. The first of which was, we are real, not just something you may happen to read about.  We may be exceedingly rare in your mind, but try to hold it together. After all trans people are just people too. 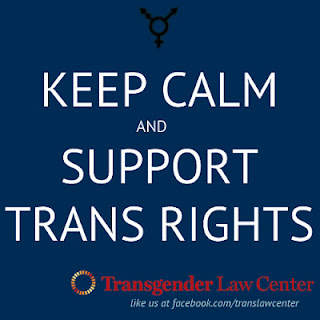 My second point was, when you do encounter a transgender person, one of the most important thing not to do is mis-gender us. At the least take the time to call us by our first name.

The problem I used to encounter before certain medical units began to know me, was someone screaming out "Mr. Hart" when announcing I was next to be seen.

We will see if anything gets done, although the hospital is pretty good now with it's LGBT sensitivity issues.
at February 21, 2018