Since I took the time to cheap shot North Carolina in my last post, I thought it was only fair to give equal time to two transgender activists from Charlotte (North Carolina) who  were featured in a British TV segment on HB2. who

The two were featured recently on a broadcast a news segment on North Carolina’s anti-LGBT legislation HB2, as well as the Obama administration’s directive to allow trans students to use the bathrooms consistent with their gender identity and the states suing the federal government as a result.
Charlotte transgender activists Lara Americo and Che Busiek spoke with a reporter who traveled to the city to cover life here in the post-HB2 world.
“Transgender people have been around since humans have been around, we’ve just been hiding,” Americo says. “And people still hide today, because it’s scary to be open like this when there’s so many people against you.”


She continues, “I don’t think it’s a culture war, I think it’s an emergence of people being free and being more open and authentic.”
For more, go here. 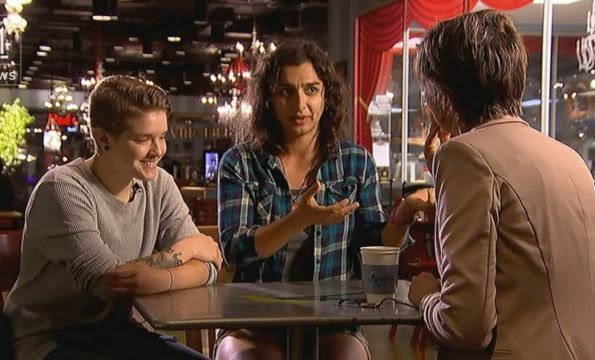