A Rebel Tour of North Carolina

From the The Guardian in the UK: How to use a urinal like a lady: a trans woman's rebel tour of North Carolina.
In defiance of North Carolinas ‘absurd’ new bathroom law, trans actress Shakina Nayfack is staging a piece of renegade performance art in men’s In defiance of North Carolina’toilets.  Nayfack is happily and successfully living her womanly life in New York but her birth certificate says “male”, so according to the new laws in North Carolina she is effectively banned from female public restrooms in that state.
She’s so peeved, she’s mounting a rebel tour. And from the Capitol in Raleigh to the gas stations of Greensboro and cafes of Charlotte, she plans to tinkle in men’s toilets galore, tweeting and taking selfies as she goes.“Hovering over a urinal is actually very tricky. I’m going to need a lot of Purell,” she said. 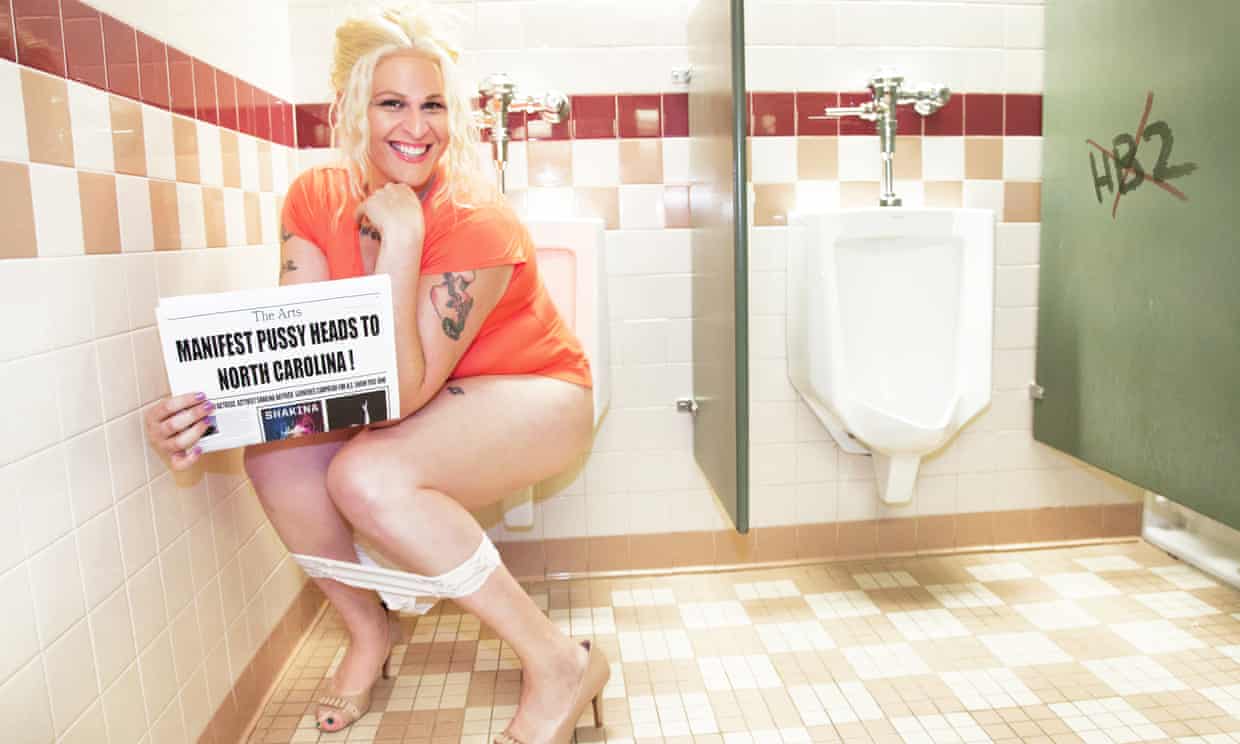