Mandy Sherman and Debra responded to our Cyrsti's Condo most recent Cover Girl of the day post. Mandy said:


"If the model is feminine and pretty in everyday life, spends most of her time as a female, and has trouble "passing" as a male when that is attempted, they probably should consider transitioning. For those going in that direction, best results can be obtained if the person is younger.
Us old timers would have a much harder row to hoe. "

Certainly Mandy! Model or not, If a person is young enough, certain enough and in a rare nurturing environment-to at the least have the chance to go on puberty blocking drugs would be amazing!  In the meantime, we old timers didn't and have to do the best we can! I tell my mirror to "get over it" daily! 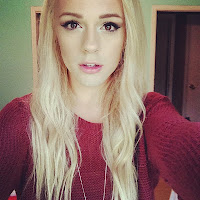 As far as the increasing amount of "androgynous" mtf models go, lets use Canadian Michael Knowlan  (left) as an example.

First, of course I don't know him but:

He reminds me of a "kid" who used to come and perform at an amateur drag night at a gay venue I used to go to.  This "kid" was as completely feminine as any person I had ever seen to that point and I wondered how he functioned at all as a boy?

As you said Mandy, these younger models lifestyles do and will tip their gender preference. Sure, many can look the part but how many want to live the part after they experience it? As we know, the jump from drag or cross dressing to transgender is HUGE! I think there is some sort of inner switch.

Plus, there always is the "Wow" factor going on right now of being a YOUNG mtf androgynous model and age does equal looks in women-unless the woman is on top her game! 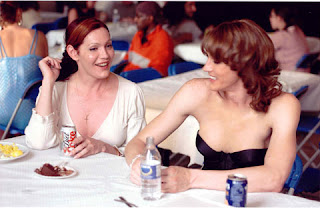 My "age" example goes back to 2003 and "Soldier's Girl" and actor Lee Pace.  In the film, he did a wonderful job of portraying transgender woman Calpernia Addams. For the most part , he wasn't recognizable as a guy. Pace is on the right with Calpernia.

But now he is equally unrecognizable as "her" in his new series called "Halt and Catch Fire."  Good Hollywood makeup to be sure as well as age too!  My point is-it it certainly easier for a pretty boy to transform himself into a beautiful woman but as with anyone else, looks fade with age. Then what?

"Gossiping" about this generation of androgynous, transgender and transsexual models is almost as fun as gossiping about  who is a cross dresser and who isn't in a womanless beauty pageant.

What's really great about this is, it seems the younger generation wouldn't be having this conversation anyway! For sure though,  the new generation of genetic model hopefuls have a whole different set of competition coming their way!