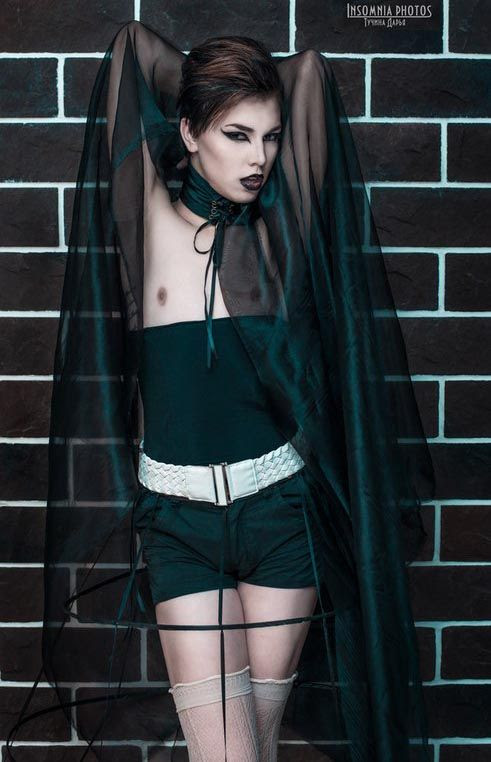 Identifying as a transgender woman these days continues to be a fascinating experience. Seemingly, once a week, I am genuinely surprised by something I read, see or personally experience. Lately, I have been fascinated by the number of truly beautiful androgynous pictures of people I see on line.  I have begun to refer to them as "too much beauty for one gender."   The example on the right is Alexander Bekker from Russia looking for all the world like the sexiest sultry "vampiress" of Count Dracula's dreams, but stops short with a bare male chest.  Sure I know this example is "photo shopped" to hell and back but many others just aren't.

Then there are the "new" generation of transgender thinkers such as Parker Malloy,  who are challenging the very basics of what we are about. Primarily the notion held by most of my generation that one should transition, find a man and disappear into society. For any number of reasons, I didn't fit that mold but took another path and began a serious transition on HRT from cross dresser to transgender. Now it seems I'm peeling back another layer of the onion and transitioning again to a place I thought was impossible to access.
Do you remember the 1989 movie called Altered States ? The plot centered around actor William Hurt who played a Harvard scientist.  He conducted experiments on himself with a hallucinatory drug and isolation chamber. In the movie he ends up regressing genetically (as you will too if you watch the movie "under the influence" too many times)!  My point is now I'm seemingly beginning to be able access a female persona in myself- "female" not "woman". The problem is I thought it was impossible.  I felt no matter how many operations you had and meds you ingested, you are a woman-not female.  Now , I'm not so sure.  Much of my "altered" belief comes from the different way I perceive the world these days and a portion of it seems to not be a "learned" response but a brain driven one.  I've even taken my thought pattern to the point of SRS, which is pretty much out of the question for me due to financial and even age considerations.  But, what if it wasn't, would I?

There is obviously so much more to this story that has not been written and even if I did go for SRS, a whole new transition would take place to write about. Also, like it or not, the Grim Reaper holds the rights to the final chapter. So, in the meantime,I hope he stays away and I will get back with you when I peel another layer of our onion. Hope it doesn't make us cry!