Number One in Late Night Drag? 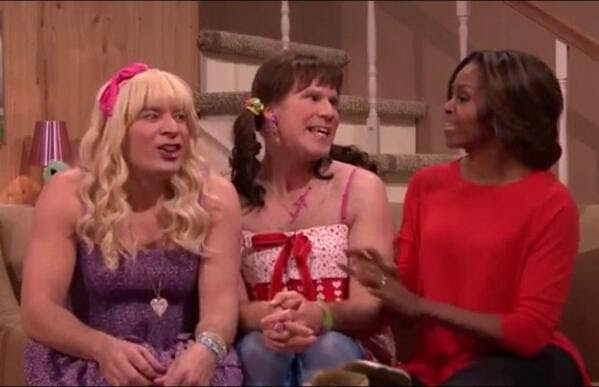 New NBC Late Night host Jimmy Fallon certainly has been no stranger to donning a dress and performing drag.  As far as participating guests go, his recent skit with Michelle Obama and Will Ferrell will have to go towards the top.

As far as late night ratings go, it remains to be seen how Fallon will do, except in the drag department.

The only competitor as I see it, is the oft forgotten Arsenio Hall. He is shown here (in a shot (below)  from his appearance along side Eddie Murphy, in the 1988 movie Coming to America. Which, as I remember, Hall tried to distance himself from.