Speaking primarily for me, I have been critical of the LGBT movement and the silent "T". 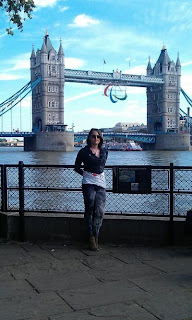 Truthfully, the farther I have transitioned into society the more silent I become. Not necessarily by design- I started to blend better into the world. All of a sudden it wasn't "hey isn't that a..?" to androgyny.
None of that means I would be less politically active in the transgender movement if I knew how to how to help more.
Before you think that is an excuse, here is what I have tried and what I plan to do. I have contacted my local LGBT center in Dayton and have received absolutely NO feedback-don't care. In the future, I going to put together a proposal to do a presentation at the state wide trans convention this spring.
I sometimes get the idea some think I'm just a know it all. Perhaps I am in the areas of late life transition, building a new friend network and even dealing with the Veterans Administration. I certainly don't ever think I can come close to knowing it all but I have gone there.
So, that's why I think the "T" is silent. Here is a much better in depth look from Ashlee Kelly in the UK.


In true dyslexic manner, here's the end of her article in GayStarNews:


Trans people are a minority within a minority. Our representation within wider society is so small that even the most basic transition stories can attract national attention. So it's important we work on our visibility. If even LGB people can't see us, how can we complain about being underrepresented? For more go here.
Email Post
Labels: androgynous Ashlee Kelly Gay Star News LGBT trans people transgender UK