It's been awhile but rumors are circulating about a sequel to the movie "Hedwig and the Angry Itch" Hedwig was a 2001 American musical comedy based on a stage musical about a rock band with a transgender East German lead singer.
Think of the sequel possibilities.  Maybe Hedwig settled down to a life as a suburban housewife or maybe a jingle singer for Chick-Fil-A? 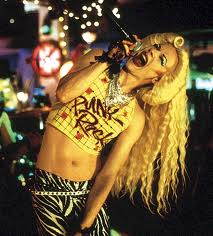