While transgender woman Hunter Schafer's only acting credit to date is on the HBO series Euphoria, it's an important one. The character has been praised for being one of the few transgender actors on television to not be depicted as struggling with their identity. Her role showed that a trans person can be seen simply as a person on a show – being trans doesn't have to define them.

Schafer has modeled as well for a number of top brands, from Dior to Calvin Klein and Vera Wang, and continues her work as an activist for the LGBTQ+ community, 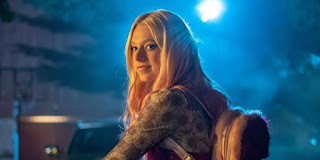