I love watching classic vintage movies. I especially love it when I see my love interest Robert Mitchum  or better yet get a brief view of a cigarette girl in a swanky nite club. As a youth I was always fascinated by Mitchum without even knowing why. Looking back now, I believe I had my first crush on a member of the male gender. I loved his cool yet aloof style. 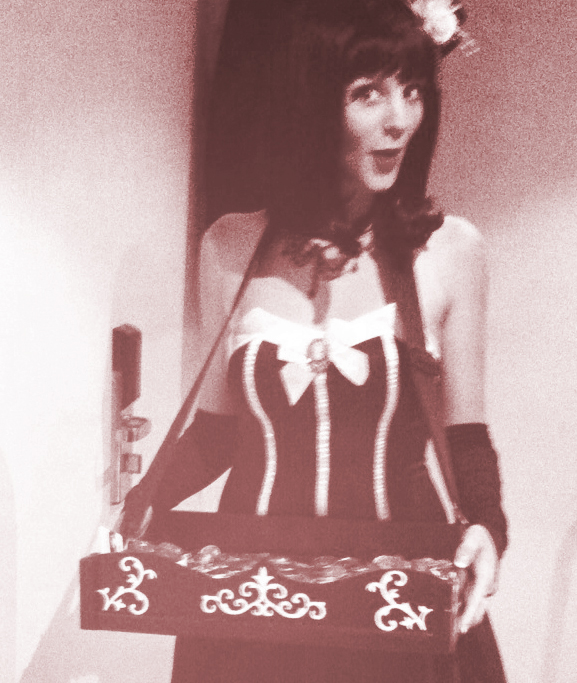 What really set off my youthful gender dysphoria were the cigarette girls peddling their toxic goods. I loved their hourglass figures squeezed into slinky black leotard tops. Worn with dark tights or stockings and heels of course. I thought at the time what a great idea for a Halloween costume but soon after that smoking was going out of fashion and I have never been a smoker.

What never went away was my desire to be a sexy woman. I suppose my ideal was to be able to sell Robert Mitchum a pack of cigarettes as a sexy sales girl.

I think my next crush on a male person, this time a real one, came in high school. I had a very close friend who I may have been a little too close to. We were literally the best of friends. I should point out nothing of a sexual nature ever happened but I can't say I never fantasized about being his girlfriend. All of this was an extension of my dysphoria working over time.

Ironically, the older I became the fewer crushes I had with the male gender. I finally came to a point when being with a man was simply a validation of me being a woman. Being on the arm of a tall good looking man was my new fantasy. Then, when I learned I could attract more feminine attention than male attention. I didn't desire men at all. Even though I did have a couple quality male dates over a period of time. Especially the time Bob and I had a wonderful evening over a few drinks and the vintage motorcycle man I met after his ill fated marriage. Neither were fated to last for a number of reasons. Bob lived a distance away and my motorcycle crush ended up moving away shortly after we met.

Both to me, including the other crushes I had were quick gender triggers. So quick, it took me many years and more wisdom to even realize exactly what they were.