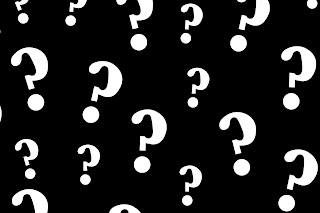 After writing my post yesterday trying to separate my Halloween experiences, I laid awake last night attempting to think of a follow up post. Naturally it was difficult to do. Then I started to think of one of the powerful responses I received to one of my "costumes". It happened during a party I went to with friends when a couple of the wives cornered me and said something to the affect if I ever decided to go that way (and be a woman) I wouldn't have to worry about how I looked. I was immediately at a loss for words and finally came up with "A lot of good it does me." At that point in time during my life, I saw very little hope I could ever live a life in a feminine existence. I don't remember for sure but all of this may have happened before the transgender term was ever used.

So here I was feeling strangely vulnerable in my long hair, mini dress and heels wondering now what. Looking back it was the beginning of understanding I couldn't continue to cross dress as a woman and continue to reap the benefits of white male privilege. How times have changed. Today we seem to have so more how gender works and the attached benefits or restrictions each gender seemingly has to experience.

Yesterday I was watching a talk show on television which featured a beautiful transgender woman and her supporting fiancé. Sadly even though she had it all in the looks and voice departments, she said she still wanted facial femininization surgery because she couldn't feel at ease with herself.  She still saw the same old male face. Even though she benefitted from an early start on her transition and had an understanding family, which I didn't, I could still feel for her situation. In many ways she was still searching for her own now what.

Unfortunately, as I approach my seventy third birthday, my now what turn to much more overall negative thoughts. Such as what is going to happen if I live into my later eighties and face the same fate as my father who passed away from dementia. Plus what is going to become of all the dire warnings about Social Security which is nearly my only source of income. And last but not least, what will happen if I have to go into an assisted living facility With all these negatives swirling around, often it is difficult to maintain positive thoughts and try to live my life to the fullest while I can.

As I have aged, I have tried harder to mold myself into a positive way of life. Along with it I try to look back at all of my now what's to see if I can still learn from what I messed up. Even still I will miss some of the early excitement I felt when I went to several Halloween parties, I still have to remember the aftermath when I was haunted by the memories and became  terrible to live with.

In the spirit of Halloween, I guess I can say, my now what's were haunting me. I so badly wanted to let my transgender woman out of the closet  I was miserable and mean to those around me. Naturally it took me years to get over the process. Once I did, my now what became clearer and life became easier.