Blast from the Past

Recently I was surprised to see a post on Facebook from one of my old transgender friends from the earliest days of us exploring the feminine world for the first time. Over the years we have moved far away from each other and she has undergone several surgeries to enhance her appearance as a transgender woman. Her name is Racquel (pictured below). 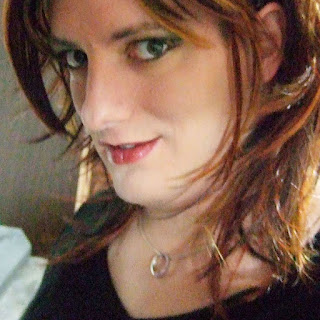 " I’m eating a burger at Buffalo Wild Wings. And they just played Dude Looks Like a Lady by Aerosmith. And that’s fine. Because if I complained about it the staff would apologize profusely.

Six years ago the world was very different. I would hang out with Cyrsti and people would play Dude Looks Like a Lady on the jukebox just to intimidate us, and there was certainly nobody who cared if we complained."
All of Racquel's memories are unfortunately so true and even she didn't get to witness the night when a group of drunk rednecks kept on playing the mentioned hated song. It got so bad, instead of doing anything about it, the manager just told me to leave. Even though weeks later I was approached in a neighboring venue by a bartender in the banned place and asked to return. It seemed the person who kicked me out got fired for drug abuse. Revenge was mine but the hurt remains, even to this day.
I do agree with Racquel though the world has changed from the "mean" old days but we still have such a long way to go.
Racquel was also the one who said "I (me) passed out of sheer willpower." Which I guessed was a back handed compliment in that I was going to go public with my feminine life regardless of what anyone else thought. Which I still believe to this day.
at July 13, 2022