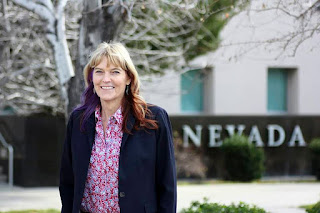 Cole, who chairs the Nevada Democratic Rural Caucus, announced plans to run for lieutenant governor in Nevada on Wednesday at an event in the state capital.

“I don’t want to make a big issue about my background as such,” Cole said Thursday in an interview with The Associated Press, noting the barrier-breaking potential of her candidacy. “We have really pressing issues in this country. To be able to assess them, address them and take care of them is going to take a lot of conscientious effort.”