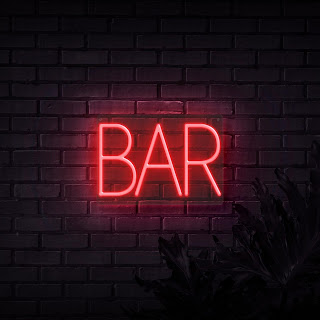 Georgette as well as others responded to my Halloween "Political Connection" post here on Cyrsti's Condo. Thanks very much and here is another experience from Halloween a couple years later.

At this time in my life, my second wife and I recently married and moved from our native Ohio to the New York City metro area. I left my fast food job for a better offer.

As it turns out my second wife who knew of my cross dressing desires before saying yes to my marriage proposal kept closer track of me. Especially when it came to going out by myself cross dressed. I only bring this up because this all happened in the early 1980's and my memory doesn't go back that far on many issues.

At any rate, one of my female assistant managers was having a Halloween party with her and a few friends. I really didn't know the wonderful experience I was about to begin as she invited me along.

This Halloween I chose an in between "costume" idea. I would wear one of my shortest dresses and accessorize it with heels, jewelry and big hair so popular in those days. Of course my wife did not approve but I thought I looked great.

Out the door I went and met at a pre set up location, where I would meet the other party goers. I was amazed when I discovered the other attendees were all cis women and were dressed similar to me. When I walked in to the living room where they were all waiting, you could have heard a pin drop as they looked me over head to toe. The reactions were priceless when they found out the truth about me. What made the whole experience so priceless also was the fact they were all almost as tall as I was.

It was quickly time to leave and I didn't even know where I was going with this group of women. My skill in walking in heels was put to the test when I learned we were walking the short distance down the block to a neighborhood bar which was having the party. As we walked, I tried to hold my head up and walk with as much pride as the women. After all, this was my first "girl's night out" like it or not.

Amazingly to me, no one in the bar paid me much attention, assuming I blended in so well with the other women I was with.

After a while though, they drifted away from me and I was left with my drink and an elderly man who kept trying to get me to dance.

All too soon it was time to head back again to my boring male world. The only problem this time was going out to the Halloween party with one of my assistant managers cross dressed could have potential consequences. Fortunately, all I experienced were the comments which said how good I looked. Perhaps a little too good for a supposed feminine "costume."

The only real downside turned out to being the gender euphoria rush which was hell coming down from and the fights with my wife which ensued. The only saving grace was I knew there were transvestite mixers nearby I could attend.

I wouldn't have to wait for another Halloween to test the public and see if I could at least make it appearance wise in a feminine world.