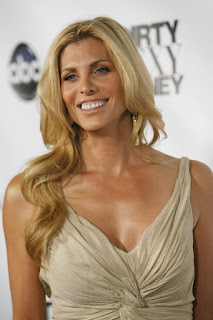 "Now, viewers can binge “Pose,” “Supergirl,” “Euphoria” or even “Star Trek: Discovery,” but when Candis Cayne sashayed onto the screen on ABC’s nighttime drama “Dirty Sexy Money” in 2007, she became the first openly transgender actor with a recurring role on a network television series.

On the show, she played the vixenous Carmelita Rainer, who was having an affair with handsome New York state attorney general Patrick Darling (Billy Baldwin), who was itching to get out from under the thumb of his billionaire father (Donald Sutherland).

“Dirty Sexy Money” only lasted one season but it broke ground in a number of ways: Cayne was a transgender woman playing a transgender character. And Carmelita wasn’t the butt of the joke — she was beautiful, and as deliciously devious as her co-stars."