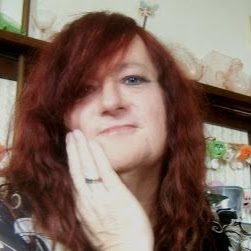 Somehow I must have given some sort of impression being transgender was a "lifestyle". Obviously, none of us had a choice when we embarked on this tremendously intricate and  difficult journey. Here is the reason I may have given that idea (lifestyle) from Connie:

"Whoa! What, exactly, is a "trans lifestyle" (I can't italicize "lifestyle" here, as you did)? Lifestyle indicates a choice; trans is not a choice. While we may have made the choice to live, openly, as trans women, we don't, necessarily, have the same lifestyles.

It could be argued that a cross dresser (included under the trans umbrella) who attends meet-ups with other cross dressers every Thursday night has adopted a lifestyle. Of course, I'm not saying that's a bad thing, and it certainly shouldn't define who that person is. It also is not something I, as a trans woman, choose to do as a lifestyle. Still, I can be an ally to a person who participates, without engaging in said lifestyle, myself.I think that attaching a lifestyle to trans perpetuates a stereotype that those who are not allies like to use to define trans people. Here's an example, from my own life, just after I had come out in an email to some long-time "friends":"> Thanks for your reply to our invitation for our 2013 Christmas Holiday Party.>> We are pleased that you have decided to live your lifestyle in all honesty to yourself. This must be bringing a contentment and joy that you have never felt or experienced before. And that's a good thing.>> That said, we feel our Christmas Party is not the best setting for your first appearance in our house in this new guise.


> We are your friends, and look forward to seeing you soon. Perhaps at your house or the Eagles. Here's to a happy and joyous holiday season."As you might imagine, I was not happy to receive this email. But, it wasn't just because I had been uninvited to a yearly party that I had been welcomed at for years. Their use of the word, lifestyle, followed by the shoe-drop phrase, "That said," and the condescending tone, infuriated me. I still have my unsent response draft in my email archives, as well. It was nasty and unbecoming of the lady I try to be, however, and I did the right thing by not sending it. Ironically, their response was much more about their "lifestyle" than it was any they perceived mine to be. And, yes, I was invited to subsequent holiday parties, and I did attend. And, no, they are not my allies; they have really not changed much at all. I have only maintained a relationship with them in hopes that they may, one day, realize that I am not just living a "lifestyle." Oh, did I fail to mention that these people are Trump supporters? So much for my hopes, then."
I too years ago was rejected from attending my blood relatives Thanksgiving dinner when I announced my decision to be there as my true self. In essence, my brother and sister in law caved into pressure from his right wing in laws. I moved on and was very fortunate to have been able to reestablish a very inclusive new family unit and haven't spoken to my brother since.
Back to the transgender lifestyle comment, I feel as if in many ways we are dealing with semantics. After all, we have been forced to build new lives (lifestyles) even though we had no choice to do it.
at May 28, 2021