Gender is NOT a Game

If you live in the United States, you would have to be living in a cave somewhere to escape the deluge of state legislation against transgender athletes'. 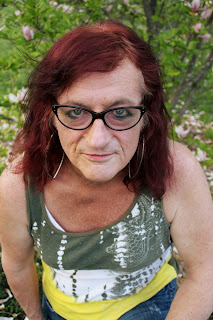 Of course, reportedly all of this legislation is originating with one ultra conservative organization. Thus these legislative members around the country all have a template (so to speak) to formulate their "own" bills.

More than likely, the vast majority of these legislators have never met a transgender woman or trans man and have no understanding of our lives.  Most certainly too, none of them have taken the time to research the effects of hormone replacement therapy on the body.

I probably am not the best example of HRT on a person's body because I transitioned later in life during my sixties. When I did transition and my muscle mass began to change, I learned quickly how much of my old male strength had disappeared.  I can only imagine how the process would work for an trans athlete.

One way or another, perhaps the most ridiculous idea is transgender athletes are transitioning just to compete at an advantage. Missing the entire dilemma changing gender presents to the person going through it. The specter of increased mental illness  all the way to heightened levels of suicide among the transgender community is never taken into consideration.

Gender is definitely not a game to the transgender athletes facing legislative discrimination by people unwilling to see the big picture for what it is. The big picture is the old binary gender rules aren't working anymore.

People need to wrap their narrow minds around the fact transgender athletes as well as the trans community as a whole need understanding, not discrimination.