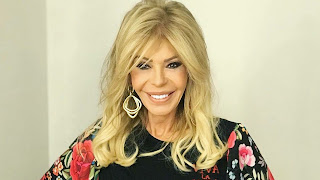 "She was born as Manuel Fernández Chica and spent her childhood in Málaga. Despite being born male, she decided to receive hormone treatment in adulthood.[1] She completed her sex reassignment surgery in 1991 and changed her name to Bibiana in 1994.[2]

After spending some time performing in various shows around Barcelona, she went on to make her film debut in Vicente Aranda's Cambio de Sexo (Sex Change).

With this movie she rose to stardom in Spain, appearing in several TV shows and releasing several hit songs such as "Call Me Lady Champagne" and "Sálvame".[2]

In the 1980s she began working with film director Pedro Almodóvar and was cast in many of his movies. She also hosted different television shows while acting in more films."