As I semi-frequently mention here in Cyrsti's Condo, I served in the U.S. Army during the Vietnam War. I was fortunate in that I only was actually in Vietnam for a half hour twice. I served a year in Thailand supporting the troops who supported the fighter jets who escorted the B-52 bombers and did recognizance. At the time as I was trapped in my battles with gender dysphoria, serving time in the military was very close to the last place I wanted to be. I had no choice, I was drafted, passed my physical and then enlisted for three years to have a chance of working in my choice of jobs. In other words, I wasn't in the military to "make me a man" once and for all.

It turned out the time I served was to come back and help me so many times times in my life. I have written many times of how being in the Army led me to meeting my first wife and the greatest gift I have ever received, my daughter. Along the way I was able to travel parts of the world I would have never seen and receive the health care I receive today at very little cost.

I would like to take this opportunity to thank all the veterans past and current and especially those of you like Michelle. She is another transgender veteran who reads and contributes to the blog. Thank you all for your service!

Freedom is never free as referenced by the election we just went through. 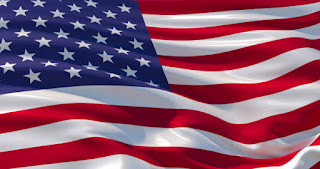