A true transgender pioneer, activist and blogger has passed away. Recently the body of Monica Roberts was found in the parking lot of an apartment complex.

She passed from an unspecified "medical emergency" according to a Houston police statement. 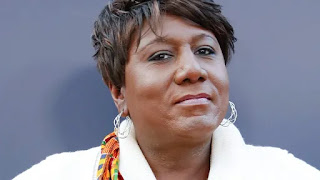 Roberts (above) a native of Houston, launched her award-winning TransGriot blog in 2006 as a forum for transgender people of color. It became one of the first blogs to identify transgender homicide victims using their correct gender identity and names. Last year, Roberts told The Daily Beast that she took on the task because “I got tired of them being disrespected in death.”

I remember ten years ago when I first began blogging, Monica Roberts was already an established transgender person of color in the field.

She will be missed. Rest in Power!