"Along with being a pioneering model, Leyna Bloom is an actress, dancer and activist for both the LGBTQI+ and black communities. Her modelling career started in 2014, and by 2017, she was one of the few openly transgender models in the industry, walking at New York Fashion Week. In the same year she also became the first openly transgender model of color to appear in editorial for Vogue India. Adding to her collection of 'firsts', in May 2019, her feature film debut in Port Authority at Cannes Film Festival marked the first time a trans woman of color held a leading role in a movie featured at a major film festival." 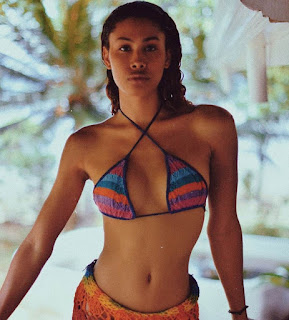