Connie referred to the previous post here in Cyrsti's Condo called "Faking it till you make it." as "Shake and bake."

In essence my skirts were too short or tight and I was having a difficult time adjusting to what my feminine image should be. Looking back now, I feel as if I could come up with a reasonable fashion statement if I stayed in the professional fashion image. I owned a black jump suit I loved and wore repeatedly to upscale shopping malls in the area complete with my black heels and long honey blond wig. The problem I began to run into was when I began to encounter the same people over and over again, I needed other outfits to wear. I remember vividly several outfits I managed to come up despite rigid budget constraints which fit the late 1980's and 1990's fashion scene. Since for the most part, big hair was in, my wigs fit right in as did my shorter skirts if I wore them with flats or low heels. Also there was quite a bit of Demin and Boho influence in the 1990's which I loved. Check out the picture below. 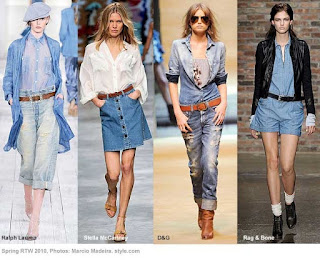 With all of that, I still couldn't fulfill my wife's standards of how she thought I should look. In my defense, she was a very natural person and didn't wear much make up at all. Every now and then though she would still consent to going to a nearby town to go out and eat. To dress to her standards would have been difficult for me. So being the determined person I was (and am) I did the best I could to wear what I wanted. So in her eye's I was still a "shake and bake" person.

As with any transgender woman or man and/or cross dresser, we are all survivors. So if we are faking it or baking it, we find a way to get by.